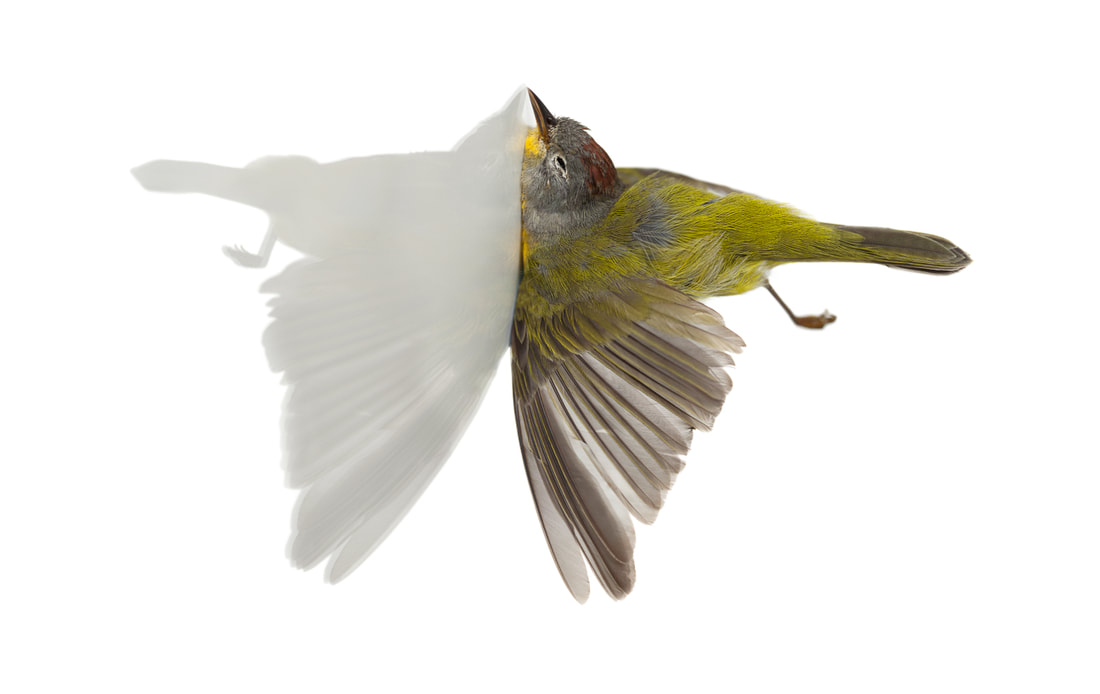 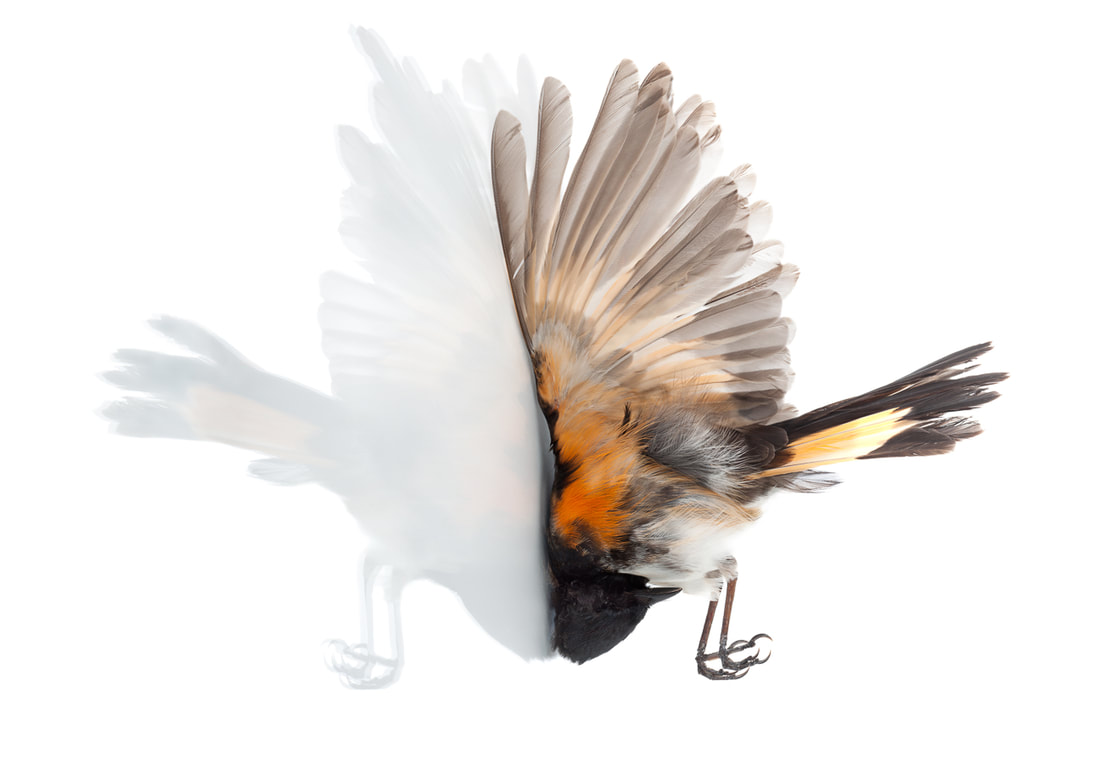 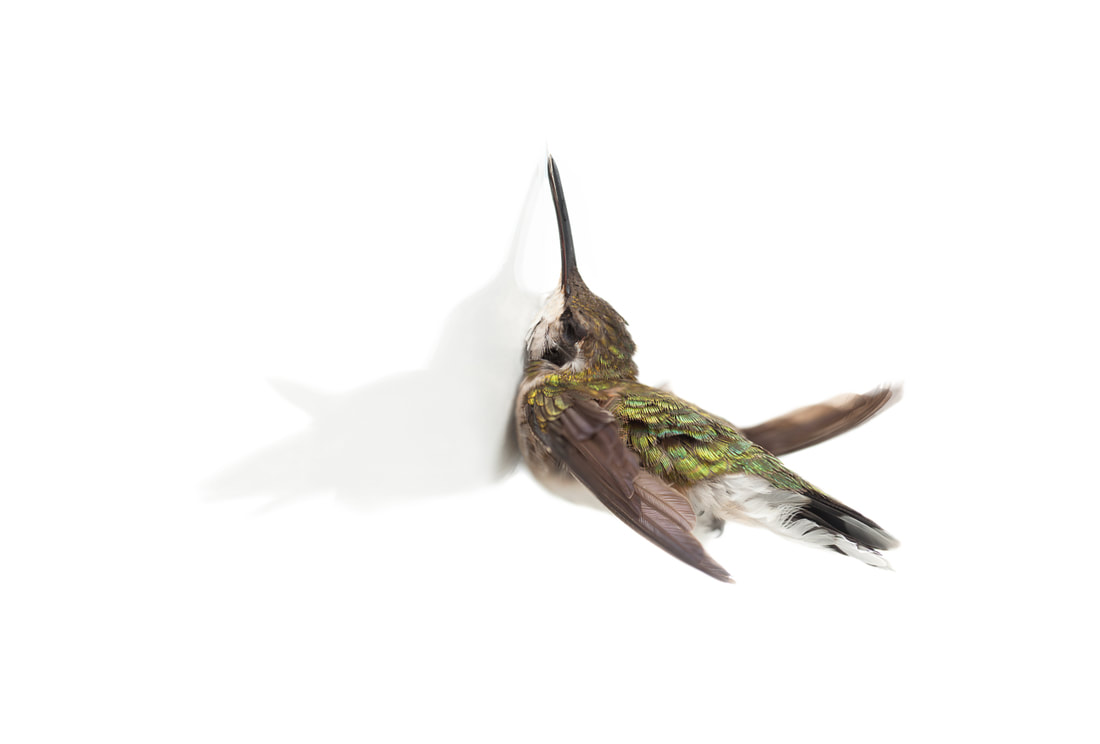 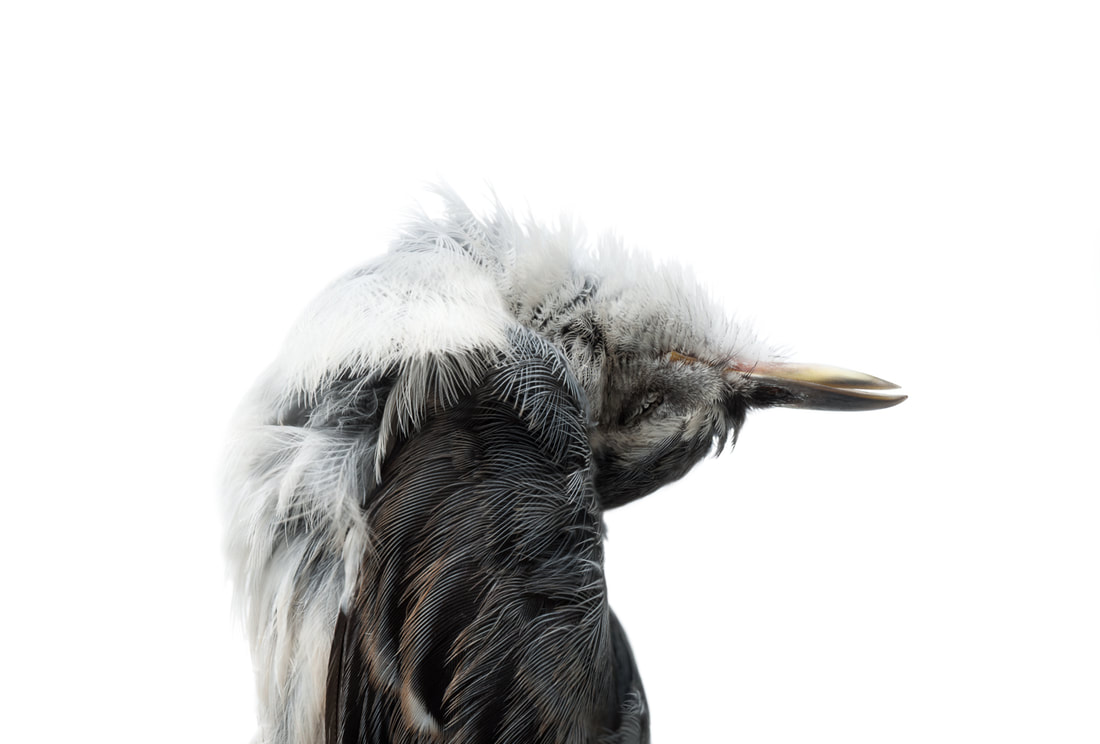 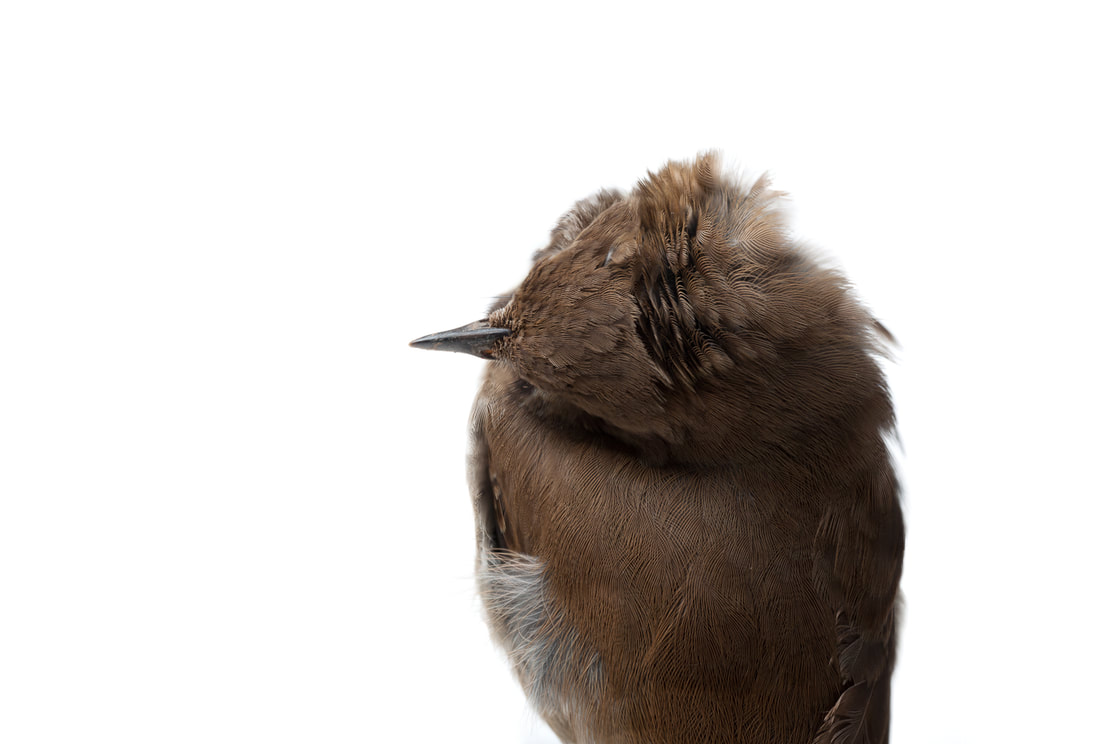 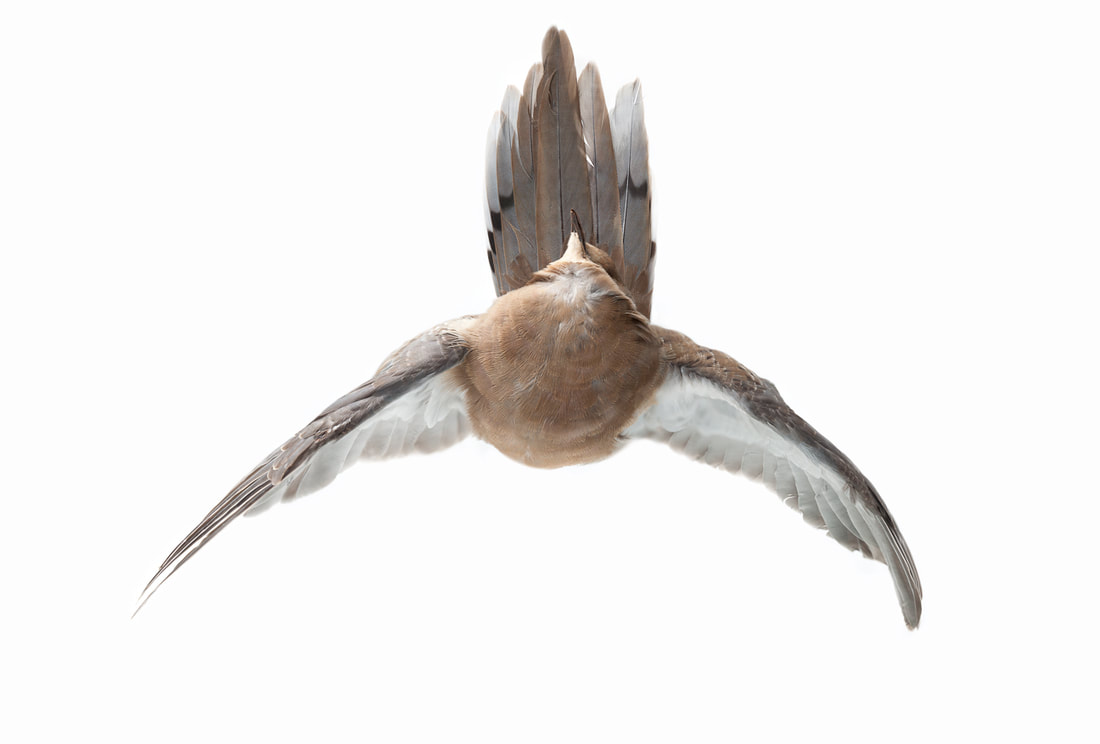 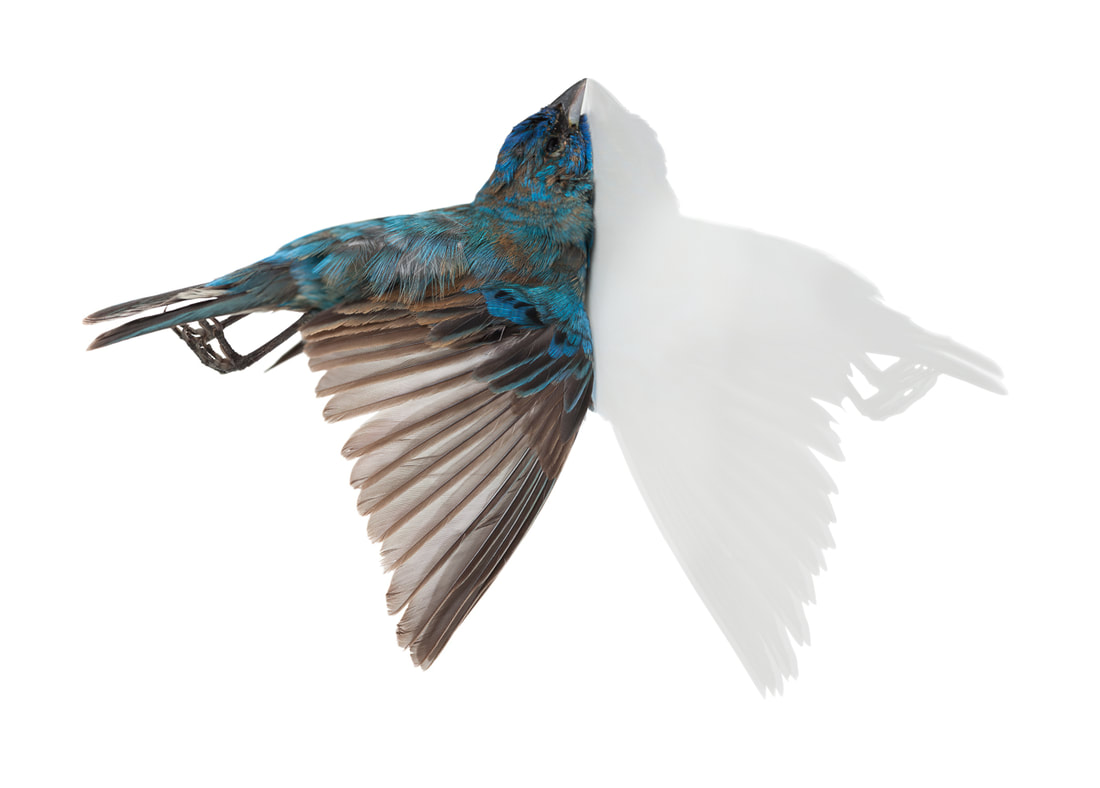 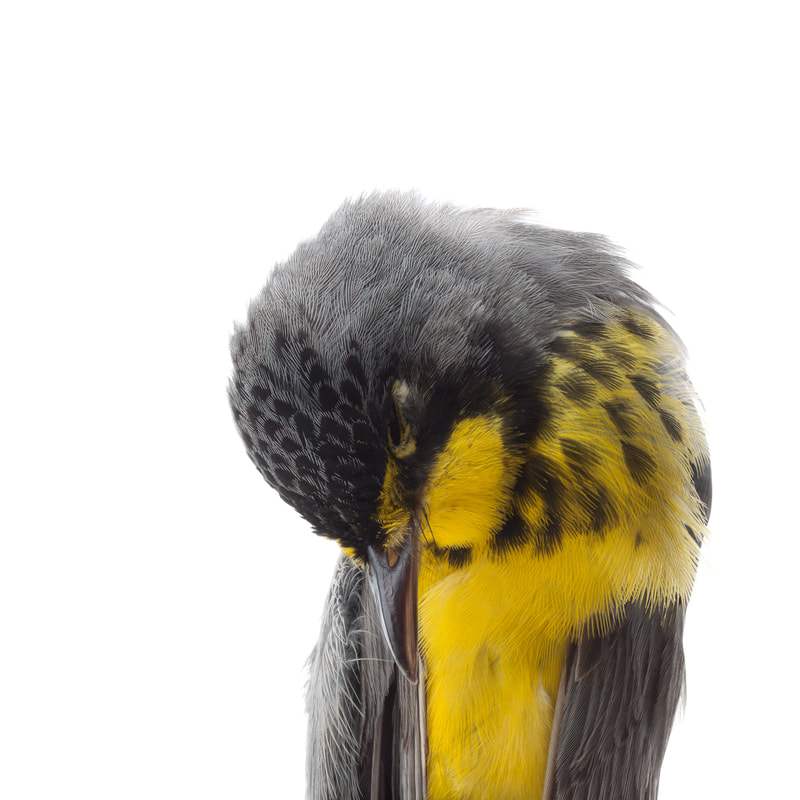 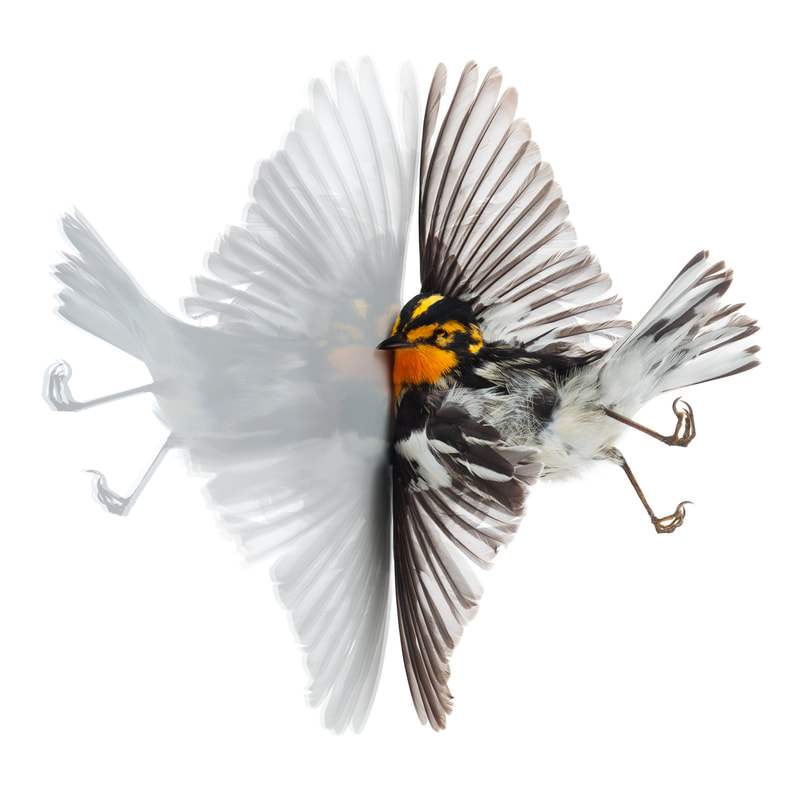 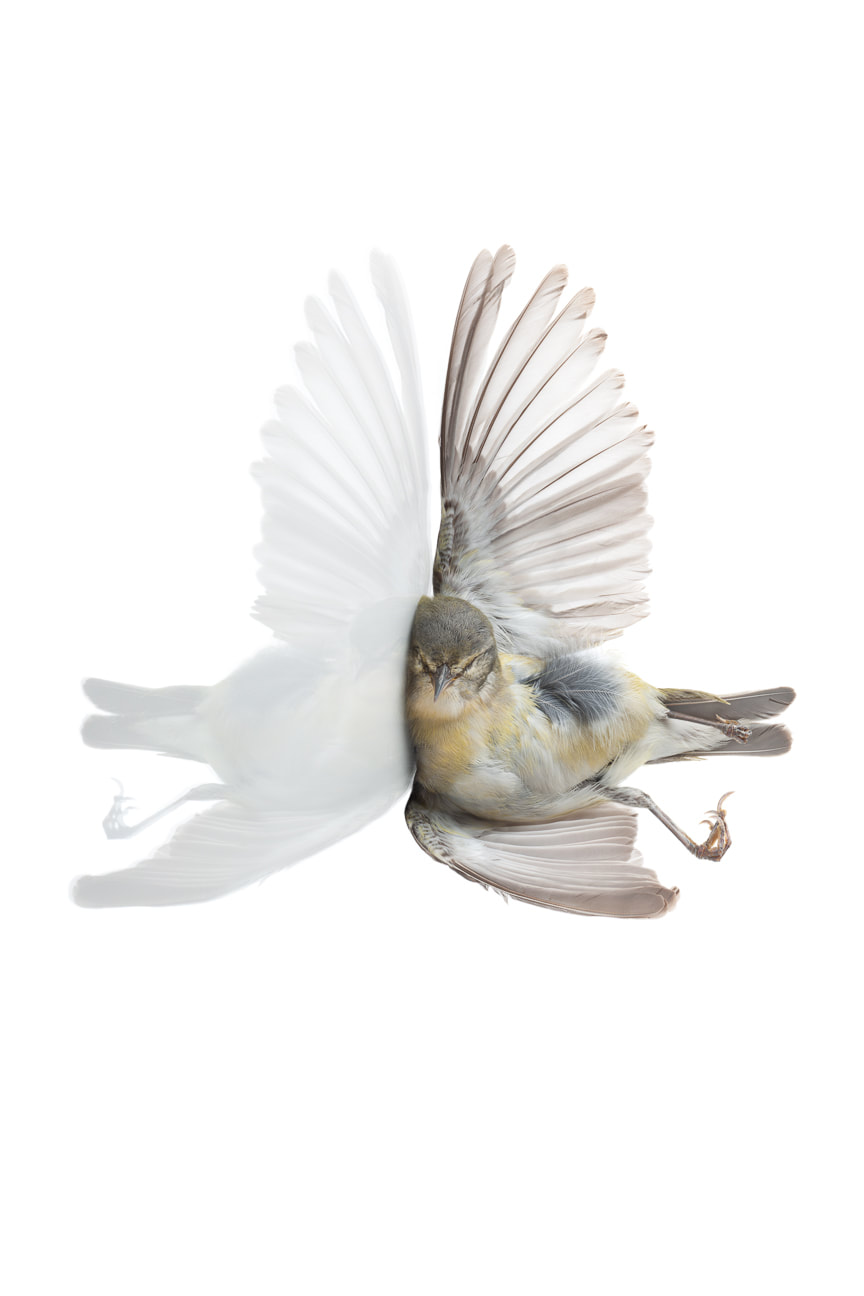 ​Impact (Tennessee Warbler)
​            Impact had its origins with Brandon’s work as a volunteer with Audubon Minnesota’s Project BirdSafe, which monitors bird deaths due to window strikes. While collecting dead and injured birds along an urban survey route, she bore witness to the relatively modern phenomenon of avifauna attempting to navigate the reflective surfaces of built space, with its often fatal consequences.*

Evolving from that experience, Impact literally and figuratively enlarges the issues faced by birds when moving through built spaces, giving visual voice to their plight.  Birds appear 6 to 12 times their natural size, depicted as if at the moment of impact or just after: falling through the air, or posed in quiet portraiture with heads drawn at eerily unnatural angles. At such a large scale the birds cannot be easily tidied up and discarded. The photographs demand physical and contemplative space for their subjects, offering in return an intimate view of each bird and allowing minute details to be revealed. The beauty of the birds coupled with their abnormal postures provokes viewers to consider how humans impact the spaces we occupy.

Impact is not focused on the statistics of overall population flux, as birds face many issues beyond buildings (i.e. cat predation and habitat loss) and many of the birds found at the foot of buildings are birds not considered at risk for population decline.  Instead Impact is concerned with how these deaths affect the immediate communities and families of each individual bird and the morality of how we (humans) choose to live with other beings. Designed to generate new awareness and knowledge of the presence of birds in our everyday lives Impact expands our capacity to care more about them, and about other non-human animals.


*Birds were collected while volunteering for Audubon MN and were turned over to their institutional partner, the Bell Museum of Natural History. It is illegal, under the Migratory Bird Treaty Act of 1918, for individuals (with some exceptions) to possess birds, bird feathers, or bird nests (with exception of “pest” bird species).